We are currently experiencing an unplanned outage for this product. View Service Status
Back To Home

How do I switch between iOS devices during a meeting?

Did you join the call from the road and just now reach your desk? Or maybe you need to step away from your computer without leaving the meeting? No problem! You can seamlessly transition your attendance between the iOS app and desktop app, allowing you always stay connected.

Mobile apps are available on paid plans only. Learn more.

Switch from an iOS device to a Mac computer 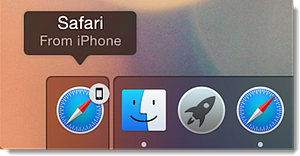 Switch from an iOS device to a different iOS device

The second iOS device (e.g. iPhone or iPad) will detect your meeting from the first iOS device.